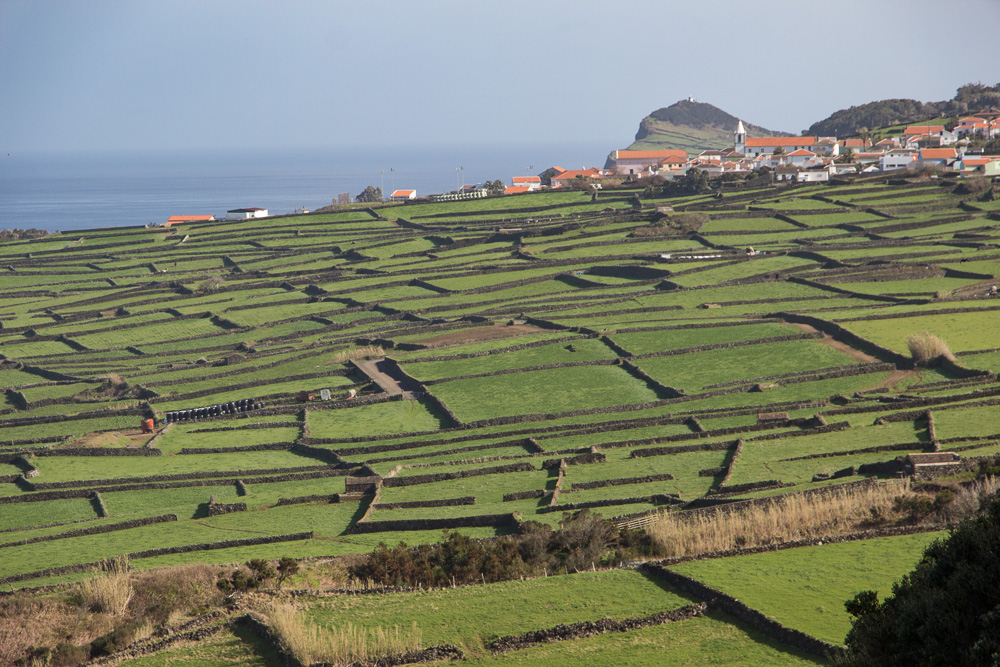 I was excited from the moment I first heard about this project. It didn’t take much to grab my attention when I read the scope of the proposal: teaching Christian worldview and apologetics to teenagers, on an island, in a camp. This isn’t new to me.

So the first thing I did was to reach for my globe. ‘Right, where are the Azores?’, I mused. Finding at first the Canary Islands, I went hunting around and quickly discovered this little island chain, a thousand or so miles off the coast of Portugal, slap bang in the middle of the Atlantic Ocean.

I’d love to say that I was full of vision and purpose at this point, but when it came to it, sitting on that flight, I did wonder what on earth I was doing. I had at this point only exchanged a few emails. I really only knew the bare bones of the project, and next to nothing of the people involved. The excitement of the potential gave way to the fears of the unknown.

Well, half way to Terceria Island, in the Azores, I met Henk and Corrie in Lisbon. Henk is a businessman. Well, that’s not really it. I mean, we sum up people by their trade, but that so often falls short of who they are. Henk is a man possessed by a higher vision who seems – from what I can tell – to have led a life of adventure in business and ministry all over the world. He’s one of those people who seems to have really been captured by a calling. Meeting Henk along with his lovely wife, Corrie, is the beginning of the development of the picture of my weekend ahead.

Upon landing on Terceira we meet Art. I want to call him Doc immediately for some reason, but this wouldn’t be right on a number of points. Art was a Registered Nurse in the US Air Force with the rank of colonel, until he retired 10 years ago to pastor a church on Terceira Island. Bright-eyed, tall, and friendly, he offered a warm welcome.

Art and his wife, Debbie, took us to their home where we were made to feel very welcome. A quick walk down the promenade by the sea, in the dark, a snack and it was bed time. 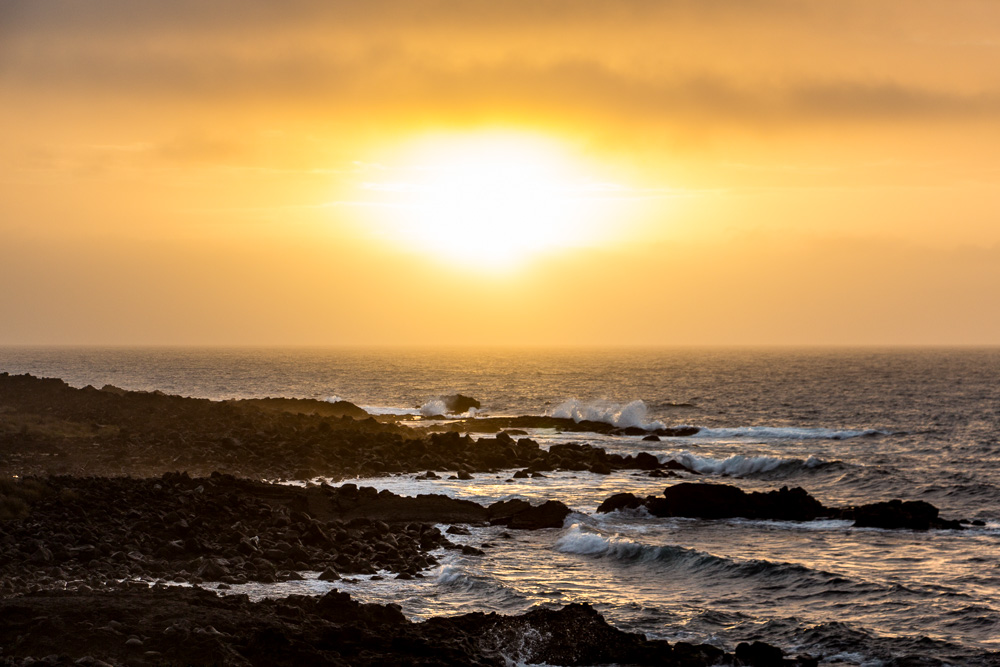 Well, the next day dawned and revealed the full beauty of the island. If the Big Island of Hawaii met Devon, England, and had a small love child, Terceria would be it. Green fields, bisected by small black stone walls lined the hills. The ocean met the shore over more black, volcanic rock but this was the familiar notes of the Atlantic Ocean, not the Pacific. For some reason they smell different to me.

The countryside was, to me, a mixture of Devon and Hawaii (View All The Photos from the trip here)

The climate was humid, but cool. Light breezes and steady temperatures were the norm for the weekend. When we drove higher in the hills we entered the clouds, and a mist perpetually hung over much of the island.

One of the first orders of the day was to go back to the airport and pick up Barry. Barry – who to me bears a striking resemblance to Tony Stark – is an energetic American from Little Rock, Arkansas. Despite the jet lag and horrid lack of sleep, Barry was brimming with excitement. He and Henk had last met over a decade ago, in Tanzania, at an Ostrich farm. That is a story way past the purview of this tale, but if you ever do hear it you won’t stop laughing from amazement. A truly incredible intertwining of the threads of life, and rich with deep meaning for both men. 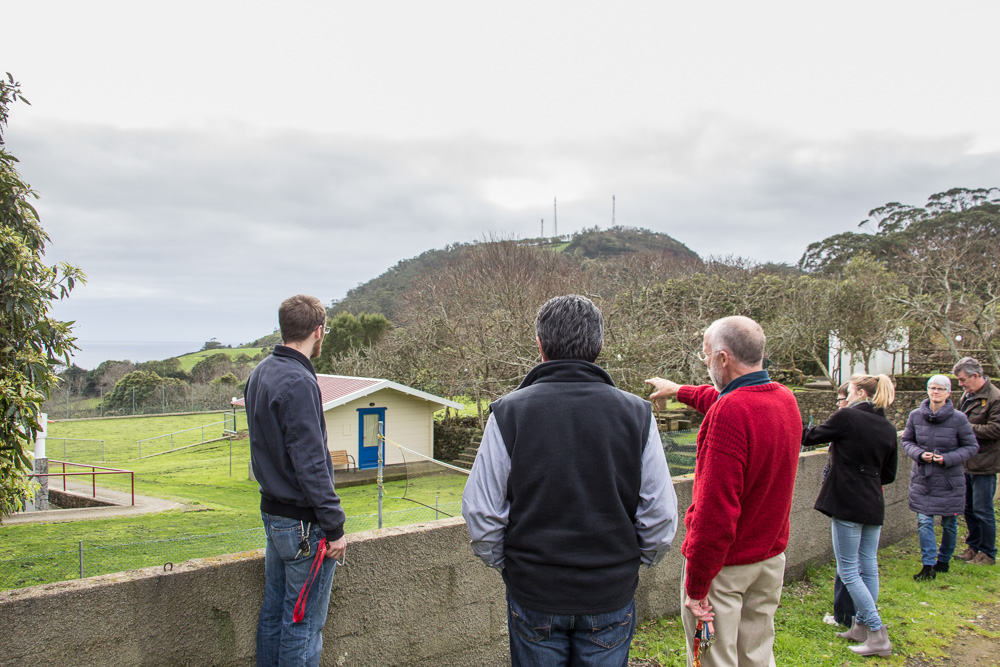 With Barry in tow we proceeded to the camp. Art has been working on this camp for 8 years, and more recently has made it a prime focus after stepping down from his pastoral role. Now, when I first heard ‘camp’ I thought of some land with some tents and some facilities. I was not prepared for what I met.

Tents? Pah. Cabins. Beautifully constructed, little wooden cabins. Dotted around like hobbit homes across undulating land. There were sports areas, and camp fire areas, an amphitheatre, a fire pit, brand new showers and space for the new kitchen and camp shop. This was no ‘lets have a go and see’ operation but rather the result of careful planning and work over a long period of time. 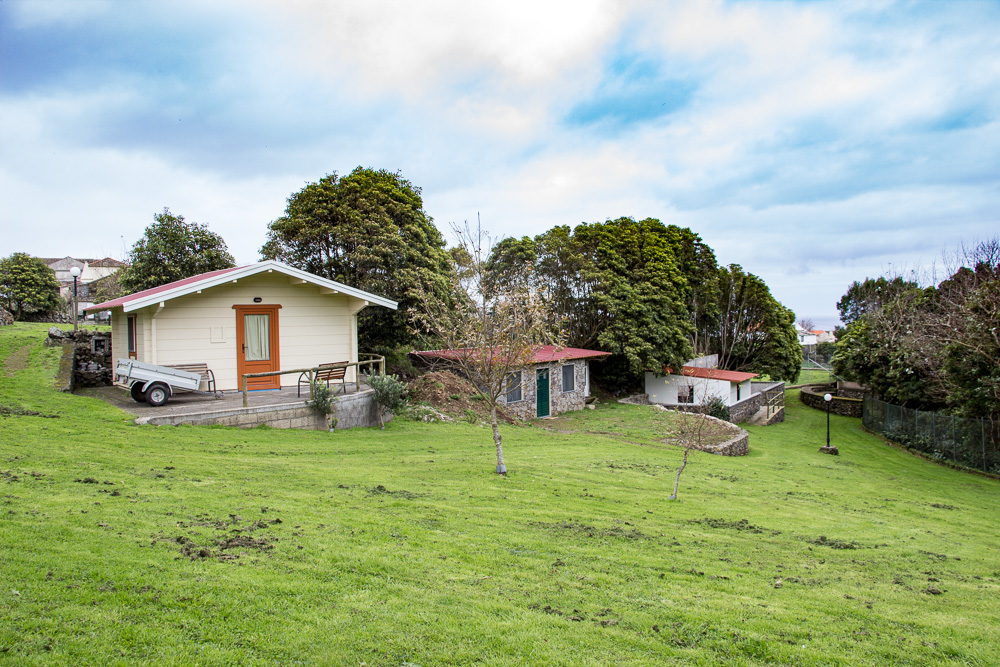 Camp cabins, dotted about the site (View All The Photos from the trip here) 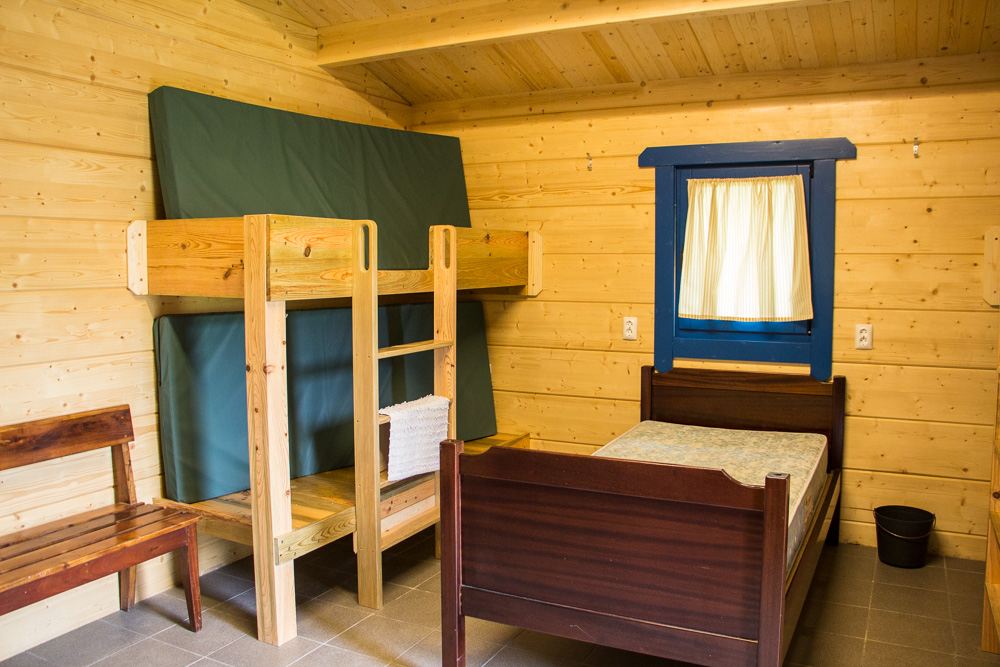 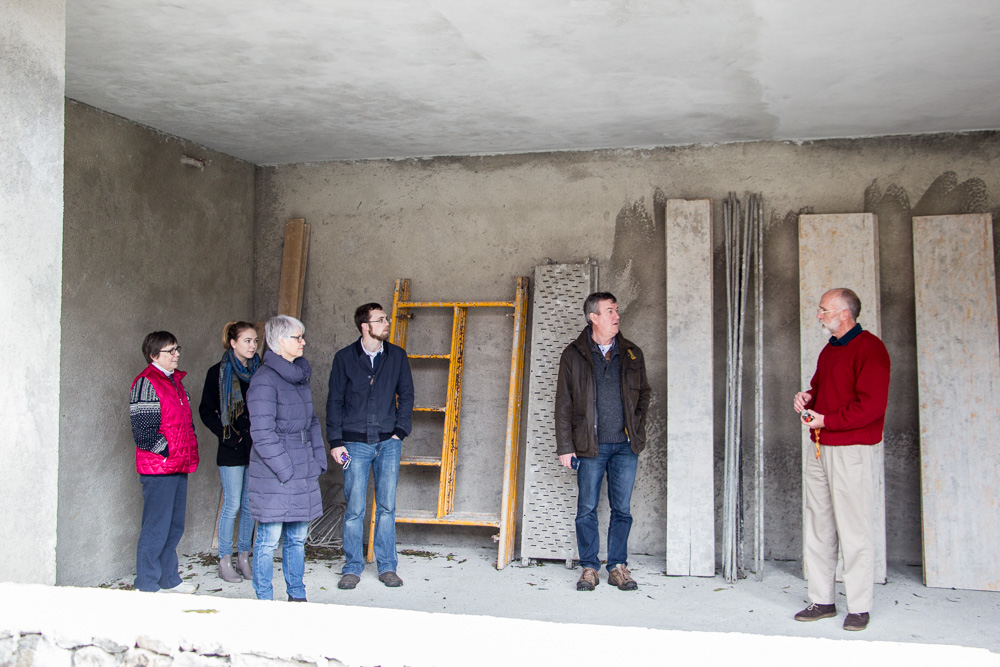 A few buildings are still under work, estimated to be complete by early June (View All The Photos from the trip here)

In this setting Art shared his vision for bringing youth to the camp – English speaking youth from all over the globe – to train them in worldview and apologetics. More and more it is being observed that young Christians across the world aren’t properly equipped to a) know what they believe and why, and b) give a defence of their faith when asked. So, when they get to college/university and run into that beautiful/crazy/overwhelming confluence of ideas, their faith can be rocked.

A little while ago, at a school in High Wycombe, I witnessed first hand the wonderful questions that teenagers ask. They ask their own questions. They weren’t rehashed, or run of the mill, but framed by their own thought processes. Many university students, on the other hand, might rehash objections that they’ve overheard. But a school student has in many cases not been exposed to these yet. It’s a wonderful time of life to engage them and challenge them to think for themselves about their faith and why they believe it.

Art, Barry, Henk – all three were united in vision for the scope of the camp, and we were all excited for the opportunities we were tapping in to.

The camp will be completed this summer, and will be a wonderful location for training young students. In addition, Barry proposed another fantastic idea. Tim Caldwell, youth pastor at Fellowship Bible Church, Little Rock, had suggested to Barry that perhaps we could use the whole island as a classroom. As Barry told us of Tim’s idea we began to connect the dots. There are beaches, and forests, and volcanoes, and parks – a wonderful, great big outdoors. And so we trundled off around the island and our excitement grew and grew. 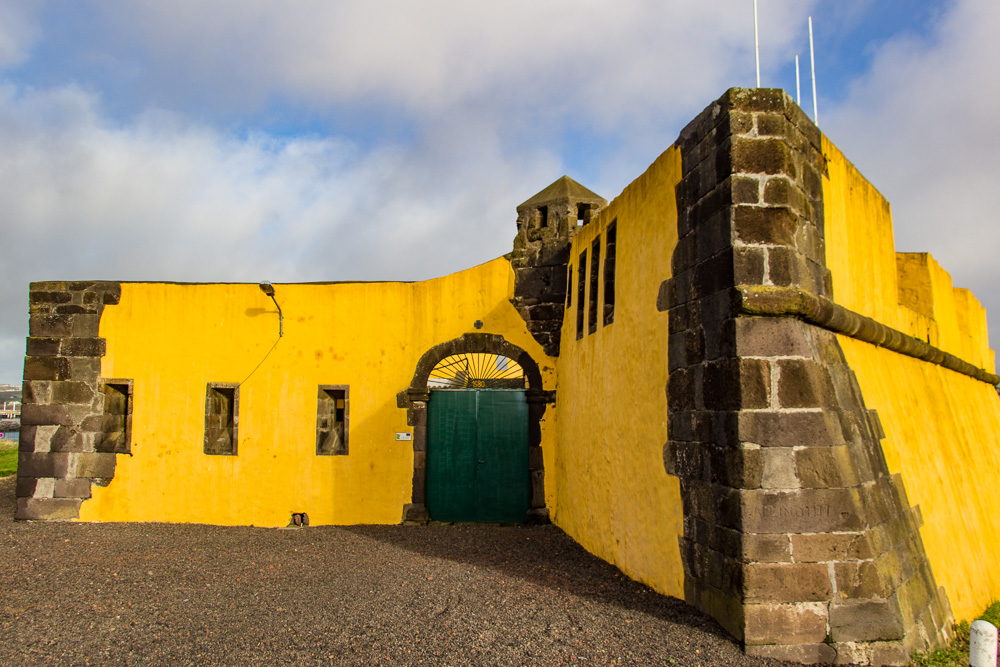 The 16th Century fort – could it be our classroom? (View All The Photos from the trip here) 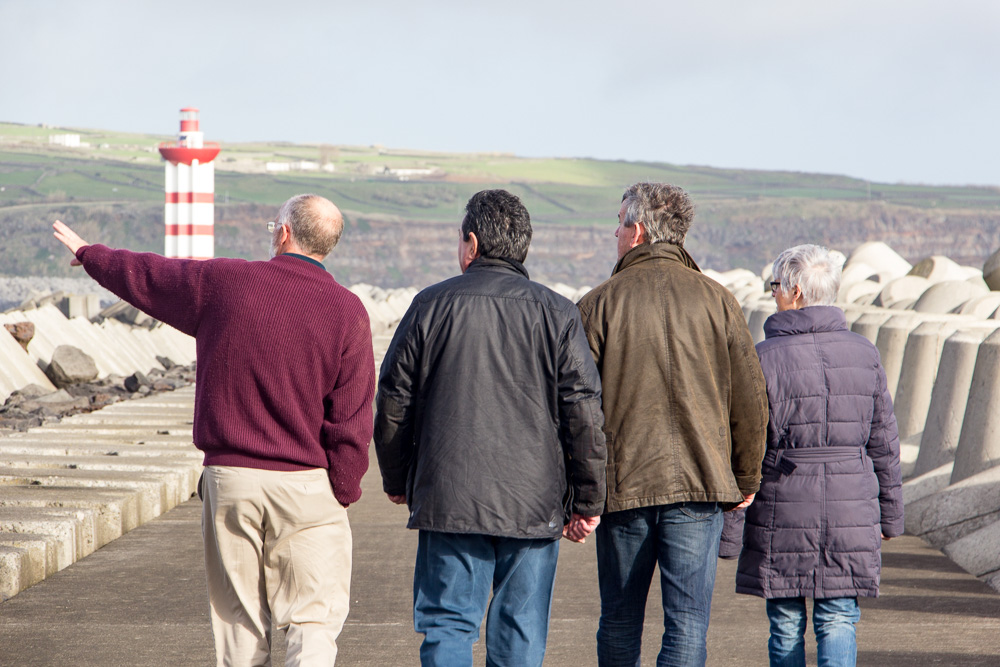 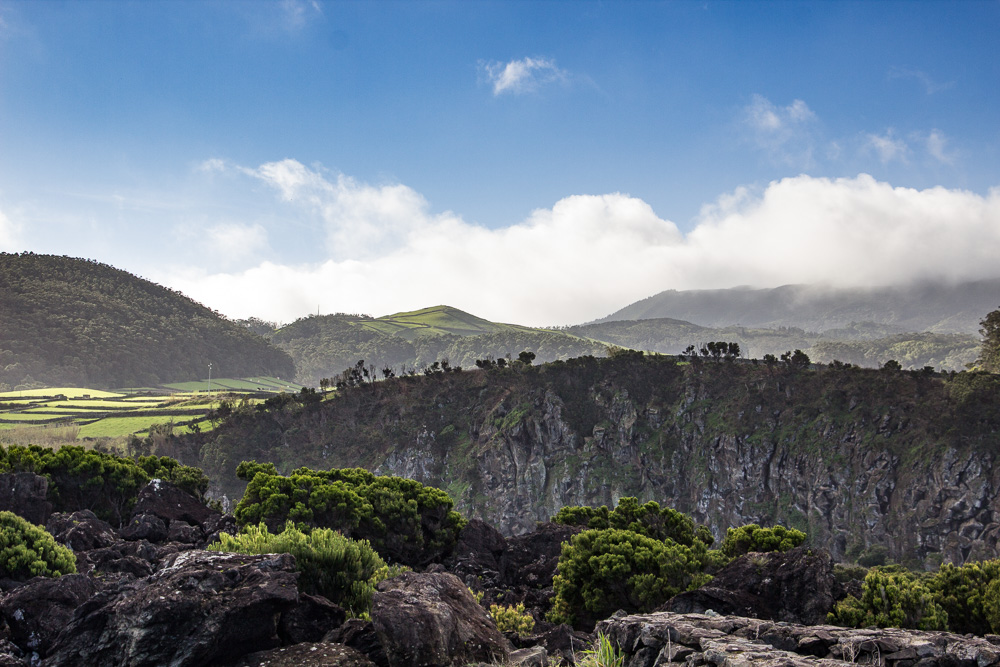 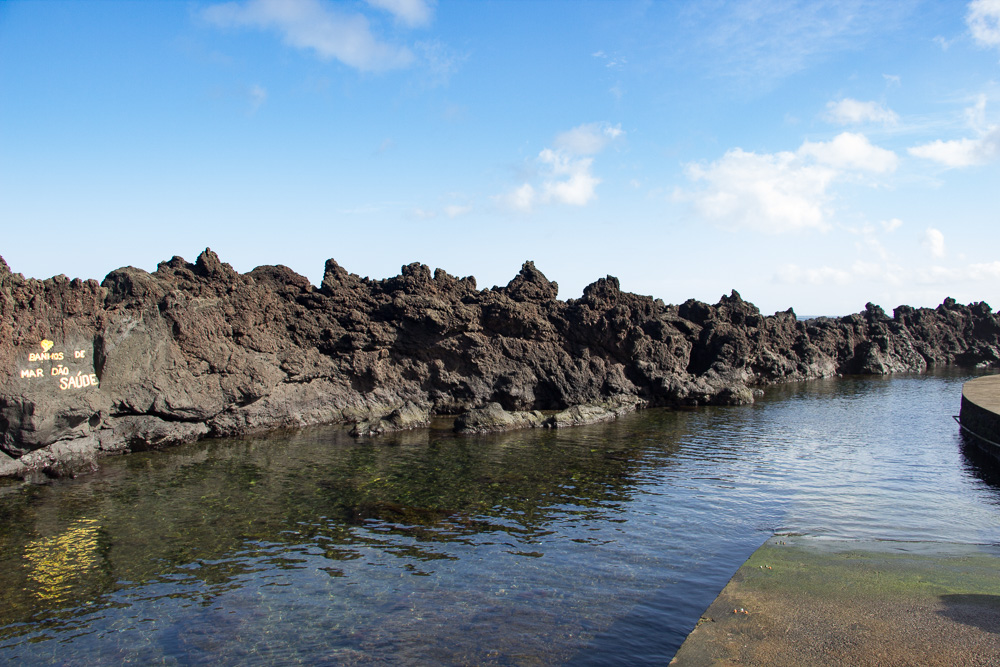 Swimming pools, only slightly improved by man (View All The Photos from the trip here) 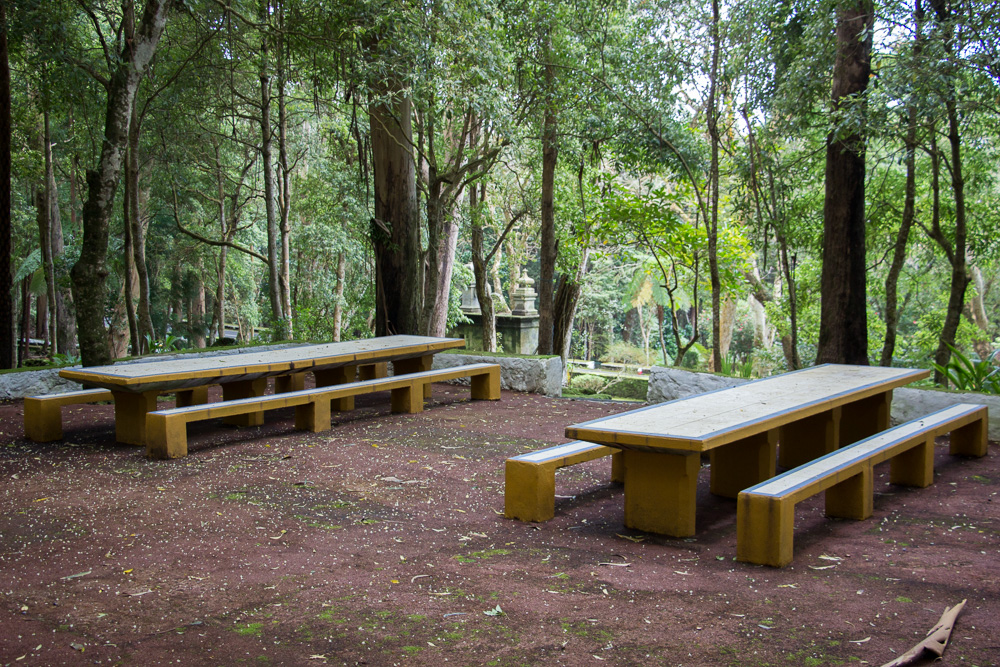 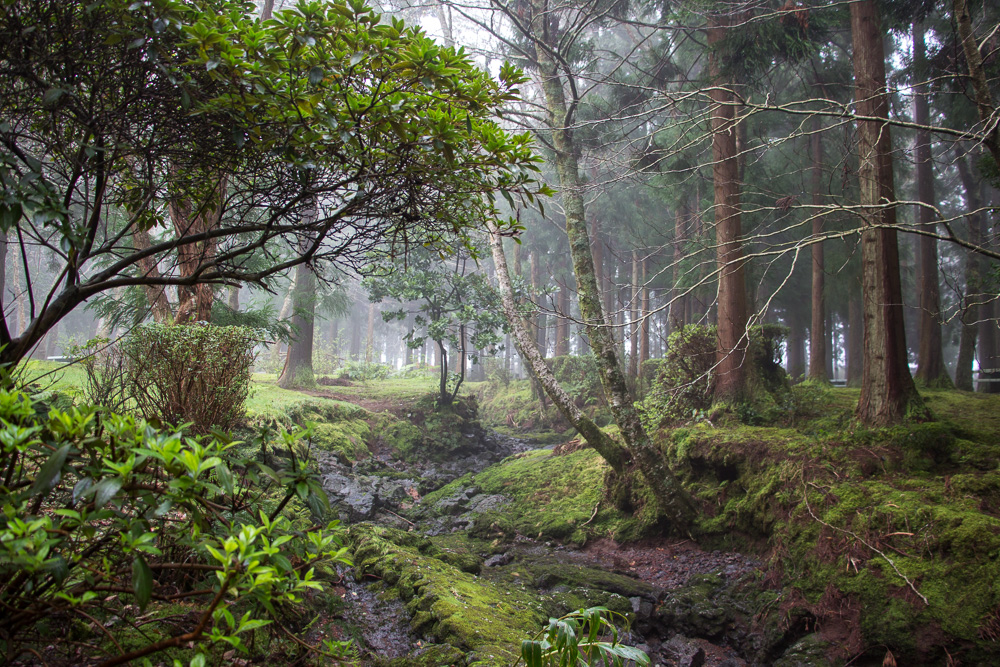 Terceira Island, by way of Portugal, has had some EU money spent on infrastructure. So for a small island where the predominant industry is small scale agriculture, the roads and public parks are very good. We found picnic areas complete with running water and BBQ pits all over the place. Not only that, but they situated in such dramatic locations film producers spend nights dreaming of. The island was stunning. Barry’s idea made so much sense!

We prayed, we talked, we Skyped Pastor Tim in the US, we walked, and we ate great food (thanks to Debbie!). I remembered those fears I had on the plane … What was I doing? Where was I going? Who was I meeting? Well, some times in the service of our Heavenly Father, he really does go ahead of us. No, it’s true! Christian ministry is not all based on what you or I can accomplish out of our resources, or our contacts, or our passion. God knows, we – the wealthy Christians – can do a lot in our strength. But God is always in control, and when we get on board with His plans He can do great things that are well beyond the scope of our imagination, and more beautiful than our fears are dark to us.

We set a date for a trial run this year: June 26th for 10 days. Knowing that with the European school holidays this will mostly be North Americans joining, but in the expectation that next year, 2017, we will run several camps across June, July, and August. If you know of anyone, 15-18, who you think would benefit from 10 days in the Azores, learning about worldview and apologetics, then please let me know. The Facebook page and website will be live soon also and I’ll link to them when they come online.

We had so much fun throughout the course of the weekend. These men and women that I met are passionate people who love God and from whom I can learn much. They have served God well and bring with them experience, compassion, and wisdom. I am excited to be joining in this project as we press in to the opportunities that we are presented with.

One incredible Azorean dinner later – the local food was exquisite – and we were rushing back to the airport. Henk, Corrie and I headed for Lisbon once again, with Barry heading back to the US the following day. As I write this now, on the plane returning to London, I am smiling as I think about how much fun we can have when following God’s leading. There is adventure and newness that reveals more of God’s character. I am thrilled to be involved and look forward to seeing plans unfold.