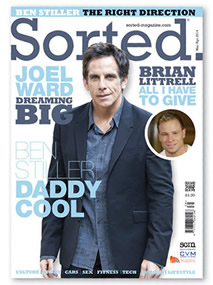 Published in the March-April 2014 edition of Sorted Magazine

Not so long ago it was popular to believe that the universe simply always existed. Carl Sagan famously stated that,

But then along came a chap by the name of Georges Lemaître – working with ideas from one Albert Einstein – who said that actually, it looks like the scientific evidence points towards a starting point. We now commonly refer to this point in history as ‘The Big Bang’.

Science  – and our experience – points to the fact that the Universe began to exist. And this is quite interesting, because if we take things further it points beyond this, to the existence of God. When all of this is put together, this is known as the Kalam Cosmological Argument.

1st Point: Whatever begins to exist has a cause

Think of something, anything. Anything at all. Now think about how that ‘thing’ got there. In your mind or in reality, we instinctively know that things do not just pop into existence out of nothing.

My credit card bill is proof of this. It didn’t just get appear out of nowhere, it is the result of a cause (rightly or wrongly, but that’s a different argument). Likewise, the means to pay my bill won’t just spontaneously appear out of thin air, no matter how hard I wish it. Things that begin to exist have a cause.

2nd Point: The Universe has a beginning

Cue Einstein and friends with their scientific research. Science, as the exploration of what is, is of great help to us with this point. Established scientific theories today, such as the redshifts found by Hubble (the man, not the telescope), point towards a beginning for the universe. This is very much in agreement – not opposition – with faith.

Additionally, we can take this second point to be true by employing a bit of logic.

If the Universe has always existed and did not have a beginning then the history of the universe would be infinite. Sounds good, but as none of us possess the talents of Mr Buzz Lightyear, it is impossible for us to traverse an actual infinite.

Let my try to explain. Mr Chris Evans, of current BBC Radio 2 radio fame, is known for his large collection of Ferraris, all painted that classic Ferrari colour, white. Imagine that one morning Chris wakes up and finds that his collection has expanded and now he possesses an infinite number of Ferraris (for some of us, believing we could own just one Ferrari is the same as believing we could own an infinite number of those beautiful machines).

Chris is happy and as he muses over this increase in his collection he decides to break his own rules and paint every other car in his (infinitely long) garage, oh, I don’t know, red. Chris now has one red Ferrari sitting next to a white Ferrari and on and on …

Some time (in the not-too-distant future, perhaps), the BBC is faced with budget cuts. Chris has to take a pay-cut and decides to self off half of his beloved collection. The red cars must go. So Chris sells all of his red Ferraris and is left with just the white. But how many cars is Chris left with? He had an infinite amount of cars and removed half of them. What is half of infinity? It’s not a number, like 6, because that could be doubled to produce another number, which would not be infinity. Chris still has an infinite amount of white cars. So what happened with those red ones? What exactly did Chris lose?

3rd Point: The Universe therefore has a cause

We have shown the universe has to have had a beginning, and in point one we showed that all things that have a beginning have a cause. Let’s think about the nature of this cause.

The cause of the existence of the Universe must have been very powerful (to create the Universe from nothing), outside of time (the cause created time as well), as well as existing infinitely.

What’s more, this first cause, as well as having amazing attributes, must also be in some way personal because it chose to create the universe. An eternal, extremely-powerful thing doesn’t have to do anything. Nothing can compel something that large to do anything, in much the same say that I can’t force Martin Johnson to smile – or do anything for that matter – unless he wants to do it himself.

Let there be light

The Kalam Cosmological Argument doesn’t reveal a specific deity nor point to only one religion, but what it does do is turn on a light.

One can add – and we will this year – further arguments to this one, building a cumulative case for the existence of God, outside of Scripture and the historical record. As these lights turn on, take a look and see what they reveal. Perhaps they will lend themselves as starting points on a journey.

Perhaps you will discover that there are good signs within this universe that point to the existence of the divine, outside of space and time, incredibly large, complex, and powerful, commonly referred to as ‘God’.