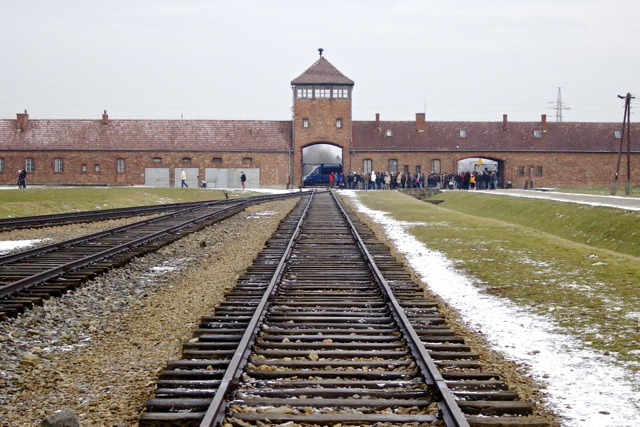 Just a few months ago, on a bitterly cold day, I was trudging around the internment camp of Auschwitz, Poland, listening to my guide explain this building and that, when I came across a plaque that caught my attention. The corroded brass plaque was affixed to the side of the wall of one of the buildings that housed the inmates. It marked the courageous life of one man by the name of Maximilian Kolbe, a Polish priest.

The story of Kolbe is one I will not forget quickly. After an alleged escape attempt by one prisoner of the camp, all of the inmates were assembled and from them 10 random men were selected for death by starvation. The brutality of this response was sure to crush any fleeting thoughts of escape that may have surfaced in the minds of the imprisoned men.

One of the chosen ten began to break down in tears as the realisation of his fate overwhelmed him. At this point Kolbe steps forward from the ranks and offered himself in the place of his fellow inmate. Laughing, the camp’s officers agree.

Locked in a small, windowless room underground, Kolbe and the 9 other men are left to slowly starve to death.

As the war drew to a close, the camps liberated and the few inmates who were still barely alive rescued, one man by the name of Franciszek Gajowniczek limped away from Auschwitz to begin the rest of his life. This shell of a man was one of the lucky few to make it through. He was a survivor and all because of one man. Maximilian Kolbe took Gajowniczek’s place in the 10 and this selfless act became the ‘salvation’ moment of Gajowniczek’s life, who incidentally went on to live to the ripe old age of 95.

When Jesus Christ was nailed to a cross to pay the price for a crime he didn’t commit, what was happening had far deeper significance than the people murdering him knew at the time. The Roman soldiers had killed a man entirely unaware of the part that they played in the greatest selfless act the universe has ever witnessed.

When Jesus died, the pivotal point in all of human existence was permanently established. Jesus’ death was the salvation moment for not just one internment prisoner, but for the entire world imprisoned by sin and without hope.

The Bible says that God’s love and justice met at the cross. Jesus stood in our place and paid everyone’s mess with his life. His perfect life – and his life alone – could pay for all the mess of the world. Justice demands payment and as we faltered Jesus stepped forward and took our place, freeing us to life.

You can visit Auschwitz today, as I did, and find the plaque honouring Maximilian’s life. You too can visit the small, dark cell where he was starved and murdered, as Gajowniczek did every year after his release. You can read the accounts of his fellow inmates and others at the camp, now published for the world to examine.

Maximilian’s story is grounded in history. His exemplary life and death still inspire many today. 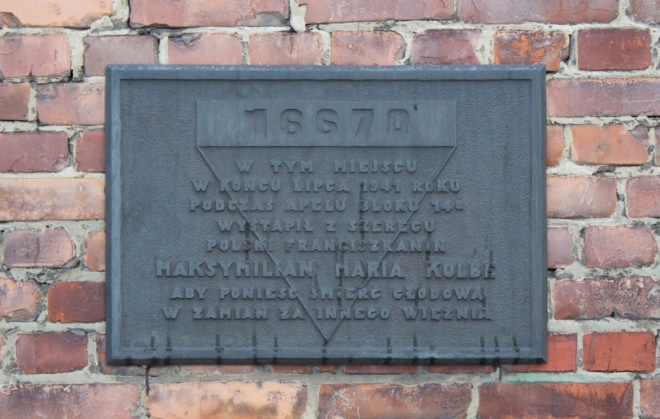 So too Jesus’ exemplary life and death reach out to us from history to ask us to learn from his story. Attested to by reliable eyewitness accounts, preserved through written records for generations after to examine, the stories of Jesus Christ reach out to us today and leave us with a question to answer.

Maximilian died and we celebrate him for a hero. We can think about why he did what he did but we ask those questions from the position of a spectator to the story. Gajowniczek alone reaped the reward of Maximilian’s death, our benefit comes through the inspiration we may receive from the story.

But with Jesus’ death the reward is yet to be determined. Jesus’ story isn’t merely an inspiring, courageous tale of an act of wonderful selflessness. That’s because the story of Jesus’ life and death isn’t over. We don’t observe that monumental historical event from afar as a spectator.

When we read of the life and death of Jesus we become aware that we are immediately and inescapably involved as characters in the story. Jesus died that all people would be liberated from their mess and the mess of the world. The rewards of his ultimate selfless act aren’t reserved for one man alone but are for all of us.

Jesus stepped forward, in front of us, to take our place, and set us free. The great selfless act has taken place and the freedom that has been bought is offered to all of us now. The only question left is: of what reward will his sacrifice be for you?

This article appeared in the July-August 2013 edition of Sorted Magazine.