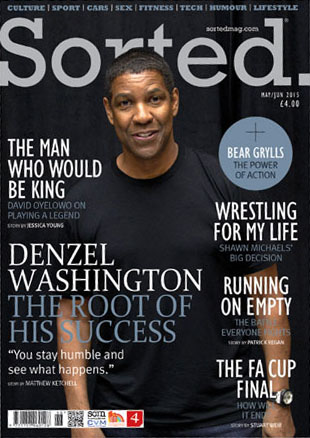 What is the one thing about you that is off-limits? Even your closest friends know not to talk to you about this. It’s personal and it’s private and it is not open for discussion.

It’s not that you’re ‘closed off’. Just careful with certain parts of who you are. After all, it is wise to be careful, isn’t it?

One area we tend to cover up contains the things in our lives that we don’t like. Perhaps this is what we call shame. You could be in debt, or you messed up at work, or there’s emotional pain from things long ago that prevent real relationship with those persons involved.

But equally, our hopes and dreams, those that are left, are often cocooned in emotional bubble wrap. We store them like the wedding china, unused for fear of breaking them and not being able to find a replacement.

Like a squirrel buries their nuts before the coming winter, we can bury our deepest thoughts and feelings, and like some of those squirrels, often forget all about them.

We think that they’re safe, deep down, out of the way. We’re unaware though, of how these emotions seep through us, like unsecured toxic waste. We think we’re immune to their presence because they’re buried deep, but every now and again they become exposed.

Sometimes it’s someone else doing the digging. Maybe it’s our wife, or a friend prodding a little too deeply. It’s amazing what people find when they get under the surface (just ask the Crossrail guys who have recently finished the new train tunnels below London).

More often than not however these things are exposed by complete accident. In the fields of Flanders after WWI, the frosty winters were known to bring up unexploded shells to just below the surface. The Belgian farmers knew all-too-well about this annual menace and the problems they posed to their ploughing.

At the beginning of the year Stephen Fry was interviewed on Irish television channel RTE and when asked what he would say to God were he ever to visit the pearly gates of Heaven, he replied vehemently, “Why should I respect a capricious, mean-minded, stupid God who creates a world which is so full of injustice and pain?”

Of course Fry isn’t the first to voice this age-old problem in such strong terms. But the response seemed unnaturally large. Newspaper articles and blogs were published in reply and the clip from the show went viral on YouTube.

For many people Fry touched on a nerve. His words shattered the flimsy structures constructed around such buried thoughts like, ‘why did I have to experience that horrible thing?’

There are some big questions in this world that aren’t easy to answer. There are also big parts of who are that we’d rather leave unquestioned. But it was Socrates who told us that ‘an unexamined life is not worth living’.

Sometimes the thought of sifting through our inner person feels about as fun as receiving a do-it-yourself-molar-extraction kit for Christmas. Thankfully, we’re not left to our own unskilled hands to do this. In an ancient Hebrew poem a request is made of God: “Search me, O God, and know my heart!”

The God of the universe, who made you and knows you and loves you and has complete skill in all matters, wants to work with you to uncover who you really are. If you let him he will deal with your unexploded ordinance and he will unearth your buried treasures.

God’s love frees us from the fear of tough questions, from the pain of deep memories, and it frees us to be the person he created us to be. Life is too precious to live it in avoidance of who we really are, so why not, as the Good Book says, ‘cast all our burdens upon him.’ It’ll be a load off your mind.

Incidentally, if you are interested in the problem of pain, might I recommend ‘Why Suffering? Finding Meaning and Comfort When Life Doesn’t Make Sense’ (Faith Words, 2014) by Ravi Zacharias and Vince Vitale as an excellent starting point on the subject.

This article was first published in the June/July edition of Sorted Magazine.