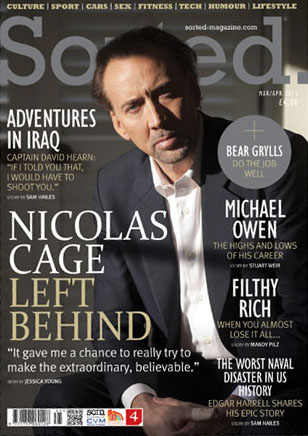 Have you ever introduced a friend to a favourite sport of yours? I tried this with my wife (then fiancée) during the Six Nations last year. “It’ll only take one game and she’ll be hooked,” I mused. But which game would I choose? It couldn’t be Scotland v. England (I have split loyalties). Now, I love the way the French play, but only when they decide to play which frankly left too much to hope for so they were out of the question. I settled on Ireland v. Wales thinking that’s where the magic will happen.

It’s all easier with hindsight of course. Looking for the best examples we would all (Brits, that is) pick the 2005 Ashes over 2014 or the 5-1 against Germany over most-any World Cups finals post 1966 etc. When we want to sell something we’re going to look to the best example we can find and offer that moment as our chief evidence.

I’ve found this pattern true of most things. We point to the best of something – be it a product, or a sport, or an idea – when we’re seeking to promote it. Advertisers tell us what their thing does best of all. The fact sheets tend to be stacked with the favourable measurements at the top.

We do this too with religion when we point out the merits of a particular faith. Ideas and arguments from every viewpoint seek to offer the top example. It seems to me however that in all of the selling and highlighting of religions, only one really does stand out because, well, it just goes about things differently.

I am of course talking of Christianity. At the heart of the Christian faith is a man who claimed to be God. This is a claim that none of the leaders of other major world religions dared to make.

Every religion, or non-religion, has its best examples and top arguments. Christianity however claims that best isn’t good enough and offers ‘perfect’ instead. Jesus Christ was so bold to claim that not only was he a great man and therefore a great example, but more than that he was a perfect man and therefore the only example.

That’s why the early Christians would talk about the gospel – literally, the good news – of Jesus Christ. He was and is the example.

Christians follow Jesus’ example of offering the same Good News. But instead of pointing to ourselves, we point to Jesus.

A Christian following Jesus may themselves be an excellent illustration for the Good News, but their example really, ultimately, looks past. Christians aren’t saying ‘We’re perfect, follow us’ but rather ‘Jesus is perfect, follow Him’. The life of a Christian ought to serve as a pointer to Jesus himself.

But it was Saint Augustine who wisely pointed that we should “never judge a philosophy by its abuse”. The testimony in a Christian’s life should be that he or she isn’t the same person that you knew last month, last year, 10 years ago etc. That over time there is evidence of change into a person of character more similar to Jesus’ own.

When Jesus called his first disciples he said to them, “Follow me.” Over time Christ’s followers came to see that his invitation wasn’t just a good idea from a good leader, but the most valuable summons ever from the most perfect of men.