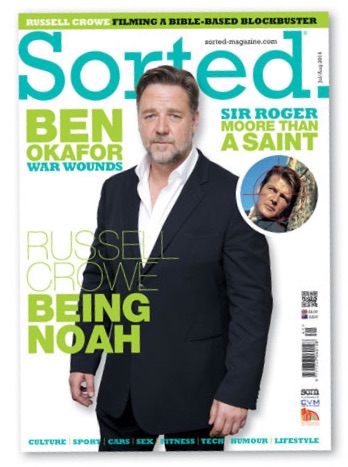 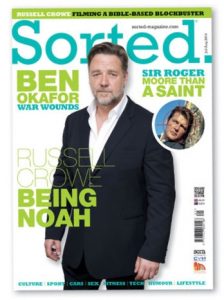 Published in the July-August 2014 edition of Sorted Magazine

“Content plus context equals meaning.” Whilst I may have forgotten much about ‘Prohibition America’ from my ‘A’ Level History class, these words still rattle around my mind. This maxim (another word I learnt in that class) of course rings true not just for a history essay, but for nearly everything in life.

For example, my first trip to the United States reinforced this point well. ‘Football’, ‘Cider’, ‘Pants’, ‘Biscuits’ etc. etc. When making the jump across the ocean, familiar words take on new identities faster than Clark Kent could ever change costumes. I found that it is entirely possible to have a conversation where you and the other party are using the same terms and yet are talking about something completely different.

Of course, we don’t have to cross borders for this to happen. My friend was once engaged in polite conversation with a senior member of the Royal Navy at some fancy evening event. Somehow or another the conversation turned to piracy, which both my friend and the top brass noted was a very real problem. A spirited conversation then ensued, and it was only after 5 minutes or so that it dawned on my mate that perhaps they were talking about different subjects. It turns out that the potential strategies for dealing with DVD fraudsters and Somalian armed gangs are strikingly similar …

Getting to the crux of a matter requires us to both hear what is being said about an issue and then also to understand what is meant by what is being said. Understanding this distinction, comprehending the context, is at the heart of good communication. Good listeners repeat back what they have heard, to check and see that their take reflects the intentions of the person making the statement.

The reason why misunderstandings occur is that we see the world and all the information therein through our own eyes and fail to realise that other people see things differently. When I hear a statement about something, the words that my ears pick up are run through my mind and all of its collected experiences and training, not to mention journeying through my emotions as well. We all hear through a contextual filter.

This applies to everything. The way that I view the world – my worldview – is entirely unique. It is a combination of millions of shaping influencers and factors. It shares many things in common with my friends, my family, my countrymen – but the nuanced version of the way that I see the world is my very own.

All the Big Questions of life pass through our worldview. Questions of meaning, hope, destiny, love etc. What you hear when I say ‘Jesus Christ’ depends entirely on your worldview. You could hear ‘prophet’, ‘hoax’, ‘myth’, ‘good man’, or ‘God’, to name a few.

The above answers can’t all be true however – Jesus can’t be both a myth and a good man, for example – so some people’s worldviews can be faulty. They need to be updated. Assumptions need to be suspended, the content re-visited, and the context re-evaluated.

Christianity invites this investigation. It wants to be examined. It is rich in both content and context. It is a faith based on evidence – not a blind leap, and certainly not a hasty assumption.

It turns out that there is a lot more to Prohibition America than a cursory watching of The Untouchables would let on (despite being a great film). Expanding my understanding through proper investigation helped me to go someway to getting a clearer idea of what really happened.

Perhaps in this way faith in Jesus Christ deserves a second glance, a double take. Don’t miss the meaning of the message of Christianity because of a deficient worldview constructed from assumptions. It doesn’t work well for essays; it’s potentially tragic for life.