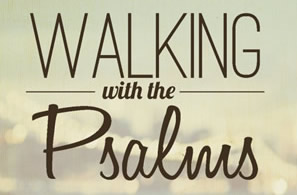 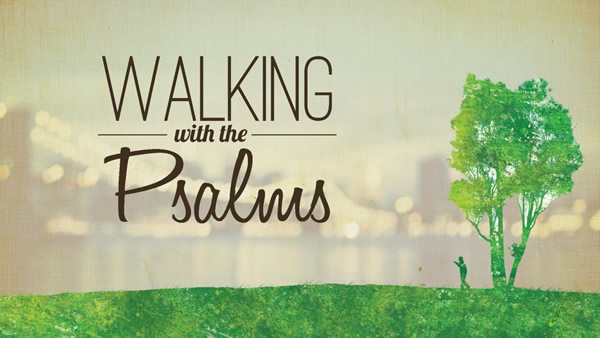 1. To you, Lord, I call; you are my Rock, do not turn a deaf ear to me. For if you remain silent, I will be like those who go down to the pit. 2. Hear my cry for mercy as I call to you for help, as I lift up my hands toward your Most Holy Place.  3. Do not drag me away with the wicked, with those who do evil, who speak cordially with their neighbors but harbor malice in their hearts. 4. Repay them for their deeds and for their evil work; repay them for what their hands have done and bring back on them what they deserve. 5. Because they have no regard for the deeds of the Lord and what his hands have done, he will tear them down and never build them up again.

6. Praise be to the Lord, for he has heard my cry for mercy. 7. The Lord is my strength and my shield; my heart trusts in him, and he helps me. My heart leaps for joy, and with my song I praise him. 8. The Lord is the strength of his people, a fortress of salvation for his anointed one.

I was staying with my parents for the recent bank holiday weekend. They live in the same house I grew up in during my secondary school days. Memories live in that house too and speak loudly when I visit.

Looking back I remember my teenage years. I particularly remember my thought life. “Who am I?” “What’s the point of life anyway?” were just a couple of the questions I would think on then. I remember that I strongly felt that I didn’t want to be a mere statistic in this world, swept away in the tide of soon-to-be-forgotten faces that in the end amounted to nothing very much. I wanted to matter. I wanted my life to matter. I wanted to stand out.

David was concerned with being swept away in the crowd too. Hear his cry for recognition in the first three verses. He wanted to stand out, to be recognised. After all, as David muses in verses four and five, he should stand out from the rest. They, the ones David’s talking of, are “wicked” and “do evil”. I wonder if verse 6 was more of a mutter than a bold declaration, a sort of sigh, “Because they have no regard for the deeds of the Lord” (emphasis mine).

It’s classic “us and them” language. “I’m not like that.” “I’m better.” “They are terrible.” David is seeking for recognition and ultimately his righteousness because he’s not them.

But the story doesn’t end there and instead David paints of a foreshadow of the glorious measure of grace to come which sets faith in Jesus apart from all other religious systems of the world.

“The Lord is my strength and my shield” (v.7) It is God himself who is “a fortress of salvation”. It’s not our good works; it’s not how different we look to those who practice evil in this world. It’s only by God’s strength that we can be made right.

This is part of a daily series on latimerminster.org