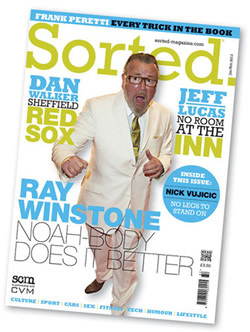 This article appeared in the Jan/Feb ’13 edition of Sorted

It used to be that the idea of belief in God, particularly the Christian God, was laughable in intellectual circles. Not so any more. Today you don’t have to search too hard to find a Christian in a philosophy or science department in a leading UK university.

And so the battleground moves on. Leaving behind the intellectual front, those with a particular disdain for Christianity retreated only to launch an offensive on the moral character of God. Instead of talking about such things as beginnings and designers and all the rest of it, now perhaps some of the thrust is towards what sort of a God is there.

Richard Dawkins, the best-selling author known for his articulate attacks on religion – and Christianity in particular – takes special objection to the character of God found in the Old Testament. Dawkins tells us that “[the] God of the Old Testament is arguably the most unpleasant character in all fiction”, before unleashing a torrent of nasty character attributes upon God. Whilst leaving aside claims of the Bible as “fiction” for a later article, the accusation of unpleasantness should be taken very seriously.

Let us be quite clear here, the Bible has some very difficult passages to digest. Many of these are found in the Old Testament and centre on the exploits of Joshua in his handling of the Canaanites.

Cries of ‘Ethnic Cleansing’ and ‘Genocide’ ring out from the towers of atheism. How on earth could you love that same God? How on earth could you say that same God is loving? After all, we rightly condemn the atrocities committed at the hands of the Nazis upon the Jews, or of blood spilled in Rwanda in 1994, so how can the God of the Old Testament not be held to the same standard?

Some of the problematic parts can be found in the book of Joshua. In one such place it is said that Joshua “struck all the land” and “left no survivor”. He is said to have “utterly destroyed all who breathed”. Heavy words. Now to set the scene briefly, we must understand something about Canaanite culture. It was bloodthirsty. Think of a scene from the film 300, but worse. Child sacrifice? Absolutely, it was built in to the heart of the culture. Bestiality? Part of the norm. If we today, part of a nice, civilised, anaesthetised, culture were to be transported back to their day we would most likely break down under sensory overload at the horrors that confronted us.

But surely, you might say, there could be a better way to deal with this than killing everyone. After all, isn’t God supposed to merciful? Well, we read earlier in Genesis that God was patient. In fact, God waited 430 years before acting. We also read that this sort of thing wasn’t just a judgement on one people group, and indeed, when the Israelites, God’s own people, got mixed up in some bad things their judgement was equally bad.

But why did everyone have to die? The question persists. Paul Copan, author of Is God A Moral Monster?, looks at the wider culture of the Ancient Near East. Copan explains that it was common to practice the art of exaggeration in warfare rhetoric, a practice still used today. Let me give you an example. When Andy Murray thrashed Roger Federer in straight sets to win the Olympic Gold Medal all the talk was of the “annihilation” of his opponent. Reading the reports do we for a moment think that Andy, in the match, jumped over the net and ruthlessly murdered Roger? Not at all! We understand that this language in this context means that Andy well and truly thumped Roger. In the same way, the language used in the Bible here followed the pattern of the age. And how do we know? Immediately following on we read commands for the Israelites not to marry or associated with the Canaanites. Funny talk if by this time their nation were supposed to be extinct.

The Bible is a complicated book written over 1500 years and spanning several cultures. Cheaply writing off God with strongly emotive terms such as “genocidal” simply won’t do without proper examination of the text and the culture.